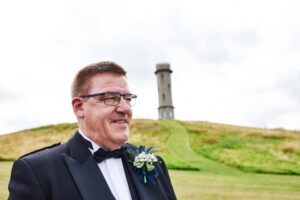 Hi, I’m Jim Whitelaw from Northeast Scotland.  I am by no means, a perfect guy, and definitely not your ordinary person, but I recognise that something is very wrong in our society at the moment and I am compelled to do something about it. It seems to me that the Church, in general, has been lulled into compliance with evil over the past 18 months and is blind to the evil taking place.

I believe the Church is, by failing to be discerning, is falling into the same trap as the established church in Germany fell into in the 1920s and 1930s when they accepted the dictates of Hitler.  I believe that the evil which is being perpetrated on the entire world at the moment is far worse than the evil the Nazis led Europe into last century.  The Nazis killed 6m Jews in the Holocaust, but the elite in the world at the moment are on record as saying they want to reduce the world population by over 7 billion.

I believe the evil we are facing right now is unprecedented and may even be the end of times spoken about throughout the Bible.  However, the fact that this may all be part of God’s plan does not release the Church from the obligation to speak out against evil.  Unfortunately, the Church is very unwilling to speak out against this evil, and indeed, is complicit in silencing those who would speak out.

I have set up this website, only after I have been silenced by my Church and informed that I would not be allowed to take part in any Bible study or teaching within the Church as a result of my views.  I would urge all ‘Awake’ people to share this website with all Christians you know as I attempt to awaken the Church to what is transpiring within our world.